The OACPS R&I Programme was publicised during the African Union (AU) – European Union (EU) Innovation Agenda Stakeholder Event, held on 23 and 24 November 2022 in Kenya to accelerate the translation of Research and Innovation into tangible positive impact on the ground.

About 300 persons attended this event aimed at collecting feedback and input from citizens and organisations, in order to finalise the AU-EU Innovation Agenda around its four priority areas of the AU-EU cooperation in Science, Technology and Innovation: (ii) Public Health, (ii) Green Transition, (iii) Capacities for Science and (iv) Innovation and Technology.

During a dedicated session, the OACPS R&I Policy Support Facility was presented to around 50 participants (onsite and online), notably through the testimonies of representatives from different PSF service country beneficiaries, Mauritania, Cameroon, Kenya and The Gambia. 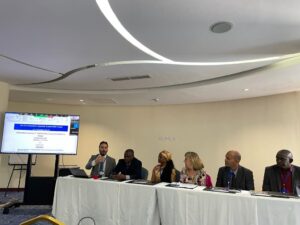 This session allowed the participants to take stock of the progress made in each country and the results already achieved.

In Mauritania, as the result of the PSF service, the National research and innovation strategy (2022-2026) was approved by the government in November 2022 and is already being implemented.

In The Gambia, following the PSF Policy Recommendation Report for the setting up of a National Innovation Fund, the government has already allocated funds to operationalize it.

In Kenya, the first set of guidelines to strengthen the commercialization of Research and Development (R&D) outputs in universities and research institutes will be shared during the Commercialization and Entrepreneurial Institutions Leaders (CEIL) Summit in Mombasa on 1 December. And the second set of guidelines to effectively manage the rapidly growing network of innovation hubs in the country will be also officially presented during the Kenya Innovation Week in Nairobi, on 8 December, to actively engage all stakeholders in the Kenyan Research and Innovation ecosystem.

In Cameroon, where the national team now includes most of the relevant ministries, the National Research and Innovation Strategy should be rapidly validated after the PSF final event, likely in early 2023. 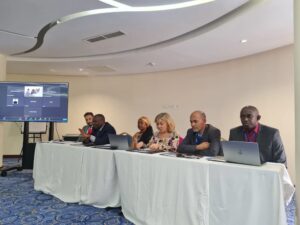 The final version of the AU-EU Innovation Agenda, expected to be ready for the beginning of 2023, will be presented for adoption during the AU-EU Ministerial Meeting on Science, Technology and Innovation, which will take place later on in 2023.