Dhesigen Naidoo is the adaptation lead in the Presidential Climate Commission of South Africa and senior research associate to lead the Climate Risk and Human Security Programme at the Institute for Security Studies, which is a pan-African institution. This follows many years in the South African science and technology world, notably in the Department of Science and Technology and as the CEO of a national research agency – the WRC. Using his multiple hats, he is part of two recently launched initiatives “Science diplomacy capital for Africa”, gathering various institutions and players; and the Future Africa-WCRP initiative, a pan-African platform aimed at creating better agency and capacity around climate science diplomacy on the African continent.

Why is science diplomacy such a growing and cross-disciplinary field today?

Science has been largely ignored, in some cases for expediency, and in other cases because science was not a core competence of political decision-makers. But, as our development trajectories become increasingly complex, and the choices are increasingly acute with very large implications, there is a steady, increasing reliance on science. More business boardrooms, governments, and intergovernmental forums are relying on the evidence base to support smarter decision-making. In the case of climate change, the work of the IPCC, the Intergovernmental Panel on Climate Change, with the 35,000 scientists that contribute to each of its reports, we have truly seen the power of science and research. The need to understand and embrace complexity relies heavily on research and knowledge to drive decision-making, hence, science inevitably becomes part of the diplomatic currency around how those decisions are argued for. The whole notion of working in what other disciplines would call diplomacy is actually a natural function among scientists. The net result is that scientists have the ability to converge on these issues, often in advance of other arenas. We are certainly seeing that in the climate domain. We have seen that before in other domains such as the CITES around endangered species or the banning of CFCs for the preservation of the ozone layer. 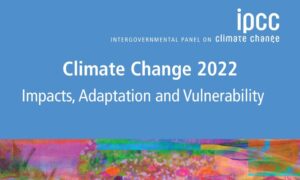 The reports from the Intergovernmental Panel on Climate Change have highlighted the seriousness of the climate crisis and the need for immediate and impactful action. What is missing between science and rapid collective action on the ground?

I think there are a couple of baskets of things that are missing. We have a very large repository of knowledge in what I would call analytical science. The analysis has never been as profound as it currently is. It also has never had the level of consensus that it currently does. We are sitting on terabytes of incredibly good confirmed data to drive it, which is fantastic. But the next basket in that chain, the science-based solutions to make this happen, is much smaller. But the emptiest of all is what I would call implementation science. The challenge is to implement this solid science in a system and industrial trajectory that was designed for a high-carbon economy. There is a less than robust relationship between the science community and the communities of implementers. The business has shown an increasing appreciation of the impact of climate change. The Great Reset Project from the World Economic Forum is an indicator of that. It rides on the back of the global risk register that the WEF publishes annually. The 2022 risk register says that the top three risks to the global economy are climate change-related. In the five to ten-year frame, this is elevated to the top five. But the relationship around these new solutions fitting into the paradigm of the current industrial machinery is not quite there. The other two big implementers are governments and civil society. Governments need to be helped with the regulatory frameworks, the standards, the legislative environment, and support measures and incentives to enable a disruptive implementation. We are not talking about doing better with the things that we are already doing. We are talking about a major switch to an economy, and industrial pathways that will no longer be driven by fossil fuels. abandoning those things, which means putting a stop to a global economic system that has a dependency on fossil fuels. This involves mapping out a very new way of doing things. The nature of this revolutionary change, I think, is generally underestimated by the majority of the key actors. This may be the major reason why we are not accelerating this change. 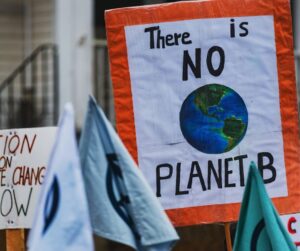 The African continent is both the lowest polluter and the first victim of climate change. And the effects of climate change are likely to be greatly exacerbated by the current energy and food crisis. How can this climate injustice be remedied?

Africa is diverse. It is true that the continent as a whole, contributes less than 4% of global emissions. It is also true that some African countries have high emitters, such as South Africa, Nigeria, and Egypt that actually need to have a very accelerated change around their own carbon emission status. Importantly, if Africa is pushed far enough, it will have no choice but to rely on its own fossil fuel assets to engineer its development. The African continent sits on $10 trillion worth of fossil fuel assets as we speak. So if Africa is not supported, in order to address declining food security, health security and water security, all of which are open to the ravages of climate change; it will have to use that fossil fuel asset in order to just survive. It is important to understand that Africa is that place in the world that does not have to do the kind of retrofitting that Europe, the US, Japan and others to switch from a high-carbon trajectory into a low-carbon one. It is available as a global laboratory for the whole world to be able to start off a greenfield project around low-carbon industrialization. Africa is the best laboratory available for the world to experiment with a scaled transition to a low-carbon, sustainable society.

Why is it so hard for Africa to get its voice heard and to get what it needs in terms of funding?

Unfortunately, it is the continued and sustained position of the developed countries to limit their investment in developing other parts of the world. We have not come anywhere close to that $100 billion target pledged by developed countries. The countries responsible for the historical greenhouse gas emissions are refusing to organise the development of other places on a better trajectory and they seem to be very few solutions to that. And the $100 billion which is not being met is a quantum away from what is actually needed, which is several trillion dollars to make this thing move.

Are you optimistic about the next COP 27?

This is the Africa COP, and so we are engaging in it with great enthusiasm. But pragmatism dictates limited expectations. The loss and damage discussion is completely stuck, it is impossible to get the global North to account for what it has contributed. The G77 has asked for the COP 27 declaration in Sharm el Sheikh to include loss and damage. The Egyptian Presidency has put Adaptation high on the agenda. And the biggest issue continues to be Climate Financing. Let’s see where that goes. Perhaps the negotiators will have a blinding flash of a combination of humanity and generosity and make those things happen.

You said once that Africa’s climate change diplomacy must step a gear in the continent and needs more coordination and common positions to accelerate the just transition. Could you elaborate further on that, please?

What we have on the African continent are some very big pluses. The African Group of negotiators, which takes its mandate from the African Union, is one of the most converged regional representations that exist currently in the UN forums. The Committee of African heads of states on climate change (CAHOSCC) is fairly unique in its orientation. In the same formation, its most powerful organ is the Peace and Security Council of the African Union, which is now absorbing this climate change agenda. Its November meeting last year was under the banner of the Climate-Development-Security nexus. We have important climate commissions on the continent that are an important signal: a small island states commission, a special commission on the Congo, and the Sahel Commission. So it has a governance formation that is fully advanced.

What it needs and what we are trying to do is to build up Science, Technology and Innovation capacity.  This will help us deliver:

We are hopeful that this kind of diplomacy initiative organizes to build the right kinds of bridges between the science and innovation communities and the communities of practice that really matter, the decision-makers, the global negotiators, the big and small businesses, and civil society.