Interview with Jérôme Aucan, Head of the Pacific Community Centre for Ocean Sciences

HomeNewsInterview with Jérôme Aucan, Head of the Pacific Community Centre for Ocean Sciences

Jerome Aucan is Head of the Pacific Community Centre for Ocean Sciences (PCCOS), operational since 2021, to better integrate ocean sciences within SPC and coordinate activities between its different divisions. The aim is to provide Pacific Island governments and communities with better oceanographic data, products and services, enabling them to make informed decisions to protect and sustainably manage ocean resources. An oceanographer by training (engineering degree and doctorate in ocean sciences from the University of Hawaii), Jérôme Aucan worked on the themes of sea level, currents, waves and tsunamis, further enriched  with other interdisciplinary themes, such as marine and ocean ecosystems, when he worked for the IRD Centre in Noumea.

What are the major challenges facing ocean-related research and innovation today?

There are many challenges, on different scales of time and space. The first one we talk about a lot is climate change, and what is important is to have a better idea of what may happen in one or two decades’ time so that we can draw up the best possible management plans for this ocean space, whether it is coastal or offshore. To do this, we must first understand how the ocean works today. If you catch a tuna somewhere, you need to know how old it is, where it came from, where it went through, what it ate, etc. We need ships, satellites, buoys, autonomous systems, artificial intelligence and a whole range of scientific techniques to improve our knowledge of the oceans.

In climate change, global warming will impact ocean currents, which will impact tuna migrations. In the Pacific, we have island nations whose income comes largely from tuna fishing and the licenses they can sell to third countries. So, if the tuna population moves from the waters of one country to another in the space of 10 years, you can imagine the impact that can have on island economies.

Then the other impact of climate change is sea level rise. In the Pacific, many small island states are atolls or very low-lying islands, where the population lives a few meters above sea level. And we are not going to wait until we have our feet in the water before the islands are considered uninhabitable. The evolution of extreme phenomena requires research and knowledge, because they are what will make the islands uninhabitable.

These two impacts, warming and sea level rise are due to climate change, which is due to GHG emissions. Another problem caused by these emissions is the acidification of the oceans. When we burn coal, gas or oil, we release carbon dioxide into the atmosphere, which has a greenhouse effect. But this carbon dioxide has the unfortunate ability to dissolve in water. It increases the acidity of the water by reducing its pH and today one of the questions that has not been answered is how aquatic, oceanic and marine species will adapt to this increase in acidity or decrease in pH. This is a big question, knowing that we obviously cannot predict the future either, as you are dealing with changing parameters. 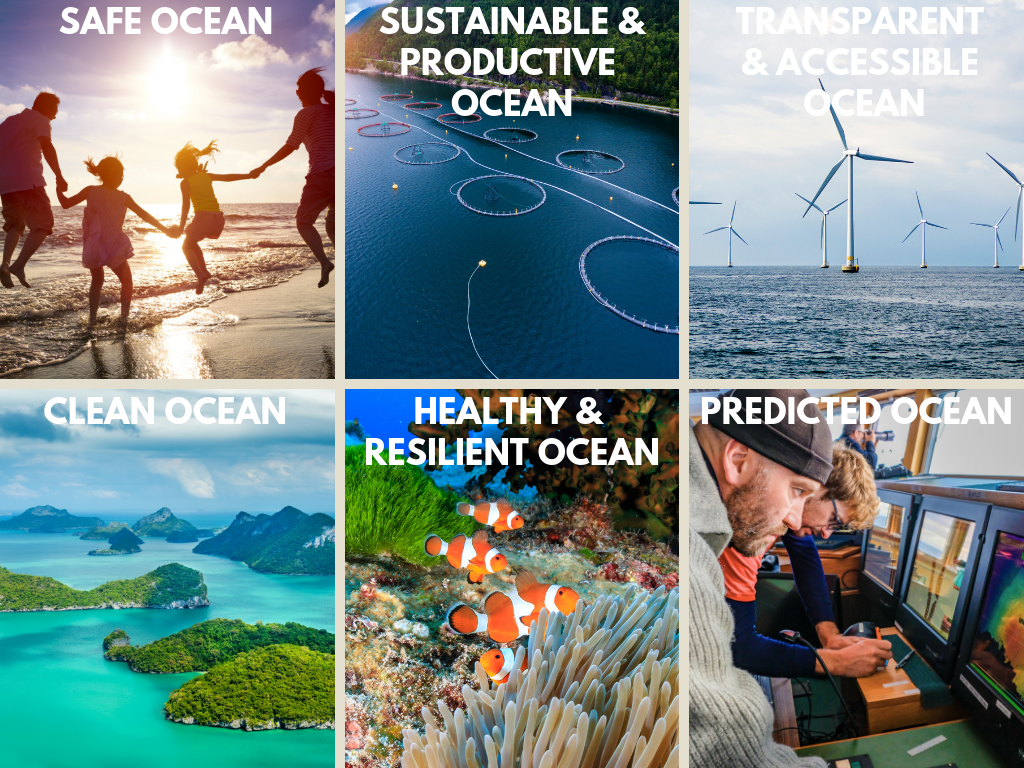 Where are the biggest gaps in ocean scientific knowledge, apart from those you have just mentioned?

An interesting example is deep-sea ecosystems. To give an order of magnitude, the average depth of the oceans on the planet is 4 000 meters. And beyond a depth of 100 meters, there is no more light. We are talking about the vast majority of the ocean, which is cold and dark. These deep seas are home to an important reservoir of biodiversity, especially near tectonic and volcanic zones. It is the volcanic, toxic, acidic, very hot emanations, which, by the chance of evolution, can be used by certain types of bacteria and microbes to grow and reproduce. So we have ecosystems that can be very rich, with lots of molecules that are not known today, and a whole range of biodiversity that we are only just discovering each time we send a submarine to dive on one of these sites.

What are the most promising areas for researchers and innovators who want to engage in ocean-related activities?

Sustainable exploitation of coastal resources. We talk a lot about coral reefs that are in danger. They are now victims of multiple stress factors, whether it be pollution, global warming or ocean acidification. But we don’t have all the tools to really unravel the effect of each of these impacts, which would enable us, for example, to target the best methods for preserving these reefs, or to know which reefs to preserve. That’s one avenue to explore, but there are many others.

What links do you establish between traditional knowledge systems in the Pacific Ocean and modern knowledge?

In the Pacific, there are many populations who have developed a knowledge of the oceans, a knowledge of the atmosphere, of meteorological phenomena, of currents and waves that has not necessarily been exploited until now. It has often been written about, described in books at the beginning of the discovery of the Pacific by Westerners, but there is still this link to be made between the scientific basis, in the modern scientific sense, of this traditional knowledge and the way it was used by the populations. There is also a need for rescue, because a lot of this traditional knowledge is transmitted orally and if this transmission stops, we will lose part of the knowledge of the Pacific Ocean that is now held by the elders, who have not necessarily found young people to pass on this information. This can range from fisheries management to maritime safety, in relation to the appreciation of the weather (if it is bad enough, manageable to go out fishing), to navigation (how Polynesian, Melanesian, Micronesian navigators in the archipelagos moved between the islands without the modern tools, GPS, compass, sextant)…

How to combine all this knowledge?

I think the first thing to do is to go and see these people and make sure that there is a written document or report on this knowledge somewhere, if it hasn’t already been done, to finish the inventory and then compare it with what we know today, which can help us identify gaps in our knowledge. This can also help us to devise new techniques for managing fish stocks and coastal management of marine areas, whether they are protected or under management. This will be done through programmes, certainly by country or by area, to make an inventory and interface with modern science and above all the tools for managing maritime and coastal areas, because we must take into account the needs and knowledge of local populations in order to manage this maritime area effectively. 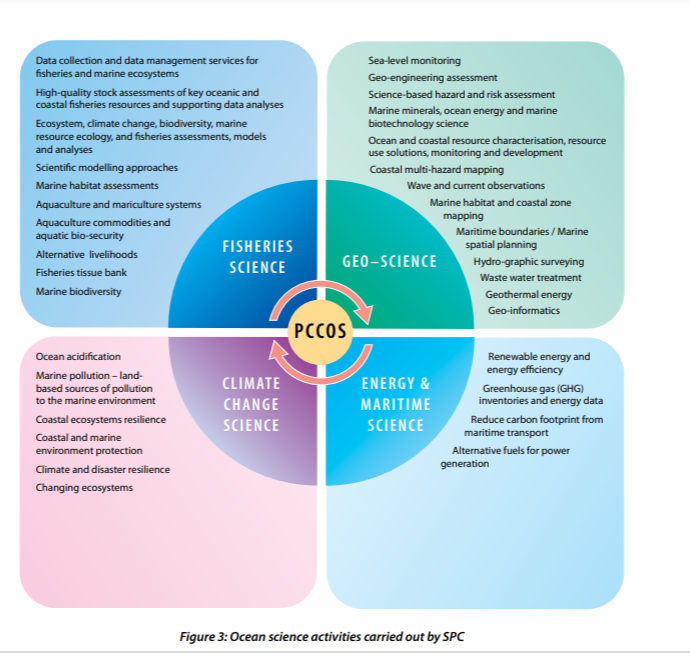 What are the obstacles to overcome in order to move from science to action?

Governments should put in place structures, legal or administrative, enabling them to take decisions based on these scientific products, which can be available whether for fisheries management, urban planning on the coast, coastal adaptation, etc. 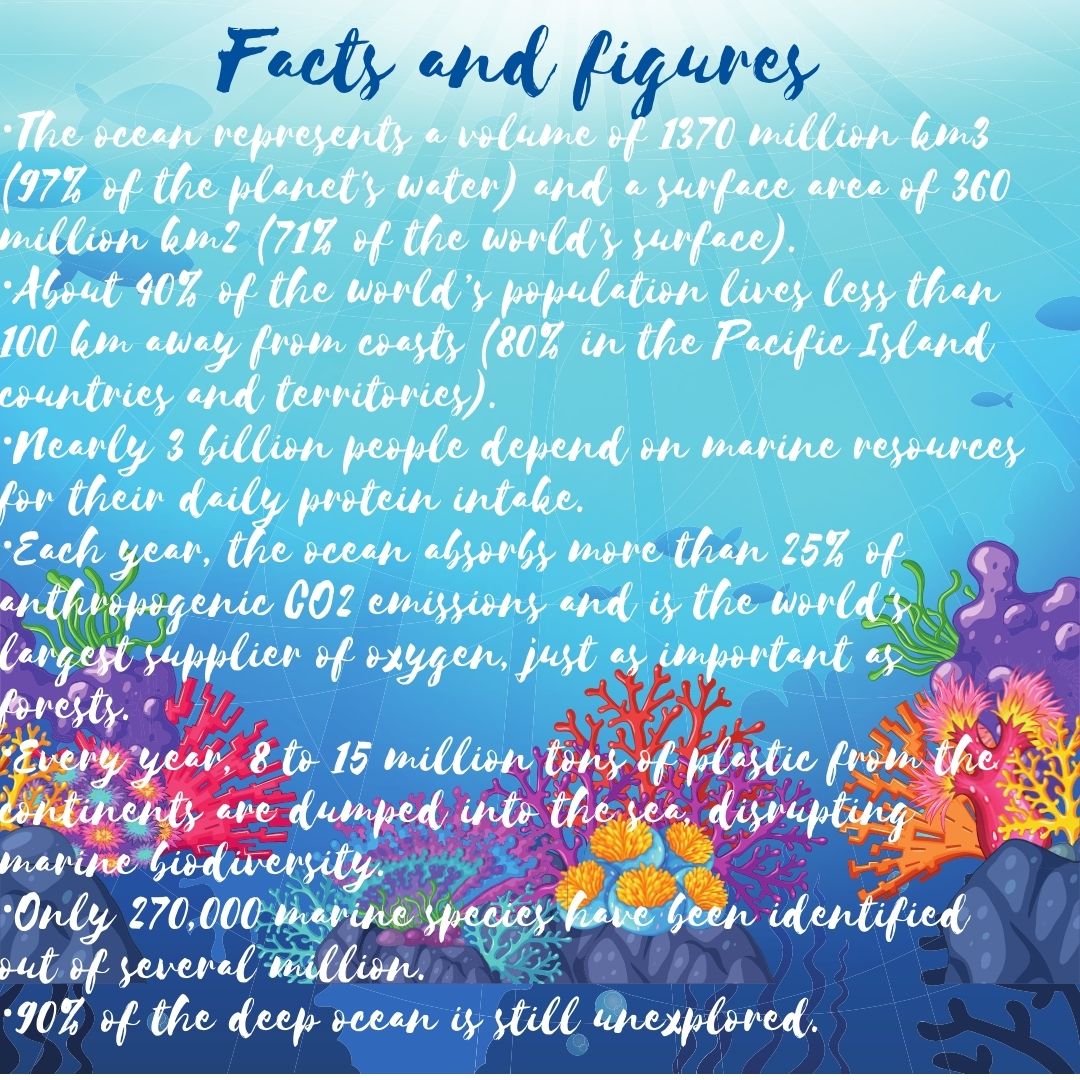