Myrna Cunningham Kain is an internationally renowned Indigenous rights activist, who has served Indigenous peoples in countless fashions, notably as the Chair of the Permanent Forum on Indigenous Issues at the UN, as well as advisor to the President of the UN General Assembly during the World Conference of Indigenous Peoples at the UN in 2014. She works as a Public Health Practitioner with the Miskitu indigenous population on the Atlantic coast of Nicaragua (from which she comes), and she has been collaborating with PAHO / WHO on issues related to the health of indigenous peoples over the last 25 years. She is currently President of the Fund for the Development of Indigenous Peoples of Latin America and the Caribbean (FILAC) and Chairperson of the PAWANKA Fund.  On the eve of the International Day of the World’s Indigenous Peoples, which will be celebrated on the 9th of August, she gives us precious insights on the status of Indigenous Peoples and the recognition of their traditional knowledge.

What are the most positive developments you have seen in recent years concerning the status of Indigenous Peoples and the recognition of their traditional knowledge?

One important aspect that we should recognize is that there has been important advances in the recognition of indigenous peoples’ rights at the global level. We have robust international standards and the recognition of our collective rights is something that cannot be questioned. The UN Declaration on the rights of indigenous peoples, the ILO convention are the bases of these international standards. But the great challenge remains in the implementation at the national level, as well as the increasing criminalization of the Human rights defenders when we raise our voices in the defense of our lands, territories and resources.

I would say that the recognition of the traditional knowledge is something we have been promoting in the last almost 30 years, and the fact that the platform of traditional knowledge of Indigenous Peoples and local communities is something that has been recognized in the Paris agreement on climate change is an important step, because it opens an opportunity for an inter-scientific discussion, between representatives of member States and representatives of Indigenous peoples.  Through our traditional knowledge, we have solutions for a lot of the current crises. But these knowledge and our innovations are still not taken into account. Modern science doesn’t take into account that the bases of its advances in many cases lie into the knowledge that we have developed and innovated as Indigenous peoples through history.

And how this Indigenous knowledge could be better taken into account?

The first thing is that we need to open what has been considered as open science. We need spaces where we can really sit between scientists from different knowledge systems and begin to discuss how we can solve for example climate change. You know that we are now involved  in the discussions about food systems that has proven to be one of the important issues that we can discuss between knowledge holders, between different scientists. But we have also began to open discussions with scientists who are working in the space for example. We believe traditional knowledge from indigenous people also can enrich the scientists who are working on earth sciences, working on artificial intelligence, because we see different innovations that indigenous people are making to adapt to climate change, to maintain biodiversity in their territories, to produce more food.

So, I think that it’s important that we create these spaces  in which we can sit together, respect our different knowledge systems and we can begin to identify innovations and replicate adaptation actions that are being taken by communities. Traditional seed banks, our innovations and production systems, what we are doing in drug areas…

At the UN, as means of implementation, they have created a platform and a forum that meet every year to discuss how science and innovation can support the implementation of the SDGs. That is a space where we are trying to open the inter-scientific dialogue, but it hasn’t opened yet. We have also being promoting in the discussion of the food system summit the possibility of meeting with the scientific community that is supporting the Secretary-general on this issue.

So there are some openings but we need a lot of work from the modern scientific community, because they still do not respect our knowledge system enough. 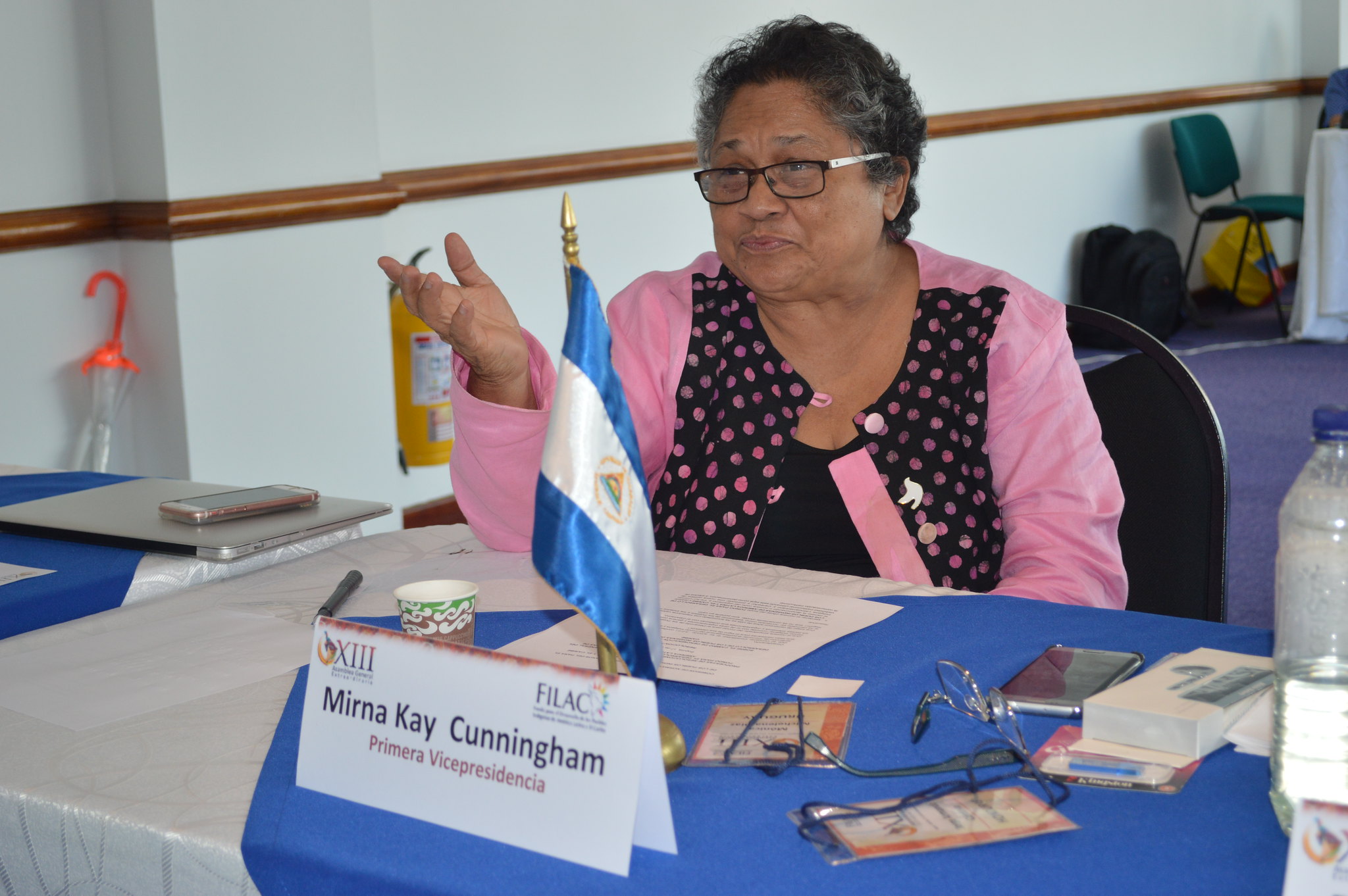 But there is growing evidence about the benefits of combining traditional knowledge and modern science, so things are moving in the right direction, don’t you think so?

How indigenous knowledge systems and modern science could complement each other and what safeguards should be put in place to ensure a win-win situation for both parts?

For example, there are cases where indigenous peoples are using drones to supervise and avoid deforestation of their territories. What safeguards can we put in place, if we are using drones, technology? The first one is that the ones that should use and should learn how to use drones are members of the community. We do not gain anything with a technology without involving indigenous members of the community, in accepting and agreeing- what we call free prior and informed consent to use it. Participation is a safeguard. And of course, the other safeguard is related with programmes, policies and resources. Because we can have something interesting like applying that innovation, indigenous people are the ones that will monitor and managing it, but if it’s not part of a governmental programme, if it does not have resources, it will not be sustainable.

What are the benefits Indigenous women can bring to address sustainability challenges and what are the enabling factors that could support them as agents of change?

The first is of course education. If we can increase participation of indigenous women in the education system, of course they will have more opportunities to share this knowledge system that they bring from their communities.

Another enabling factor is Indigenous women organizations. When they come together as indigenous women, they try to solve the problems that they are all facing. And if they gather through networks at the global level, then they can also increase their own capacity of sharing knowledge, of identifying different concepts for example the International Forum of indigenous women has been able to gather indigenous women researchers from the 7 socio cultural regions of the world and together, they have defined methodologies that make them able  to, not only gather evidence but involve the members of their communities in solving the problems that they are facing.

Another enabling factor is that they have exchanges. If women from different parts of the world can gather, then they can see that they are facing similar problems and they learn from one another. The fourth enabling factor is that we need policies at different levels. The fact that the Commission on the status of women at the UN has approved resolutions that recognize the role of indigenous women, the fact that other UN bodies have recognized  that indigenous women are knowledge holders, this helps indigenous women to come back to our countries and promote national policies that enable them to really apply their traditional knowledge. 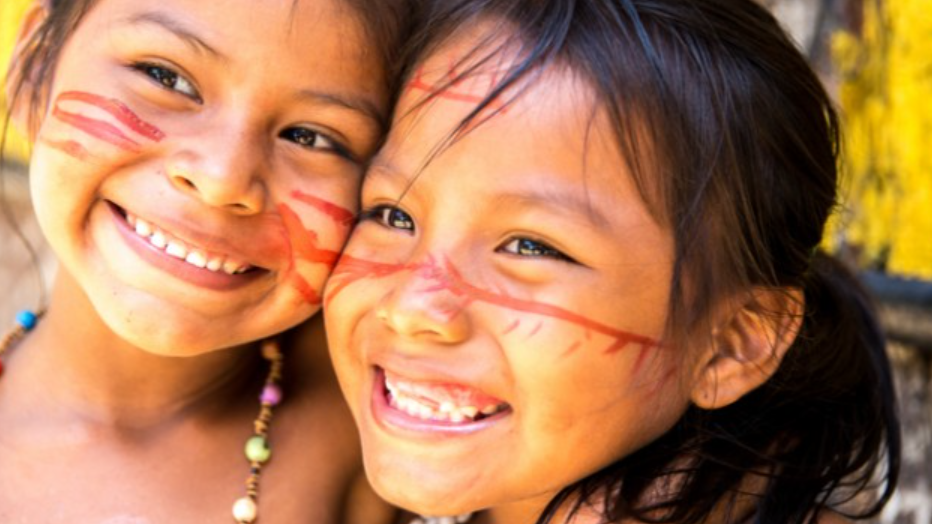 Despite the recognised value of indigenous perspectives and knowledge, educational institutions have not made the changes required to successfully integrate indigenous knowledge. What could be done to remedy this situation?

The other thing that we need is a revision of curricula. We should not see the traditional knowledge as an appendix of education. It should be integrated in the whole programme that students go through under different theme and of course, we need to continue educating on collective rights, on indigenous culture, if we want to talk about complementary, we need the education system to be focused on a human rights based approach. Something that we have learned for exemple here in Nicaragua, where I live, is that our bilingual educational system has developed disaggregated data by different Indigenous peoples, and not only by gender, because this also important for the definition of policies in the education system.

What is your message for the International day of the World’s Indigenous Peoples?

Below are the links to five video excerpts of her interview:

·       Most positive developments regarding the status of Indigenous peoples and traditional knowledge: https://youtu.be/fugefoETSsY

·       How Indigenous knowledge systems and modern science could complement each other, in a win-win situation: https://youtu.be/iXnHmZ7FEzY

·       What benefits Indigenous women can bring to address sustainability challenges and what are the enabling factors that could support them as agents of change: https://youtu.be/JLR5C8a8DcM

·       What could be done to better integrate indigenous knowledge to education systems. https://youtu.be/rVa-8ILliRI

·       Message on the occasion of the International Day of the World’s Indigenous Peoples https://youtu.be/Awq8T0n_1ok